Meet us at the AFRAA’s 8th Aviation Stakeholders Convention at the Ravenala Attitude Hotel, Mauritius

Maureva, is pleased to be a sponsor of the AFRAA’s 8th Aviation Stakeholders Convention, and we are thrilled to be welcoming all the delegates on our beautiful island, Mauritus.

This year, our Chief Innovation Officer, Mladenka Vukmirovic is invited by the AFRAA to participate in the ‘Opportunities and challenges in an increasingly digitalised industry.’’ panel and present Maureva’s views on technologies that are impacting airlines right now. 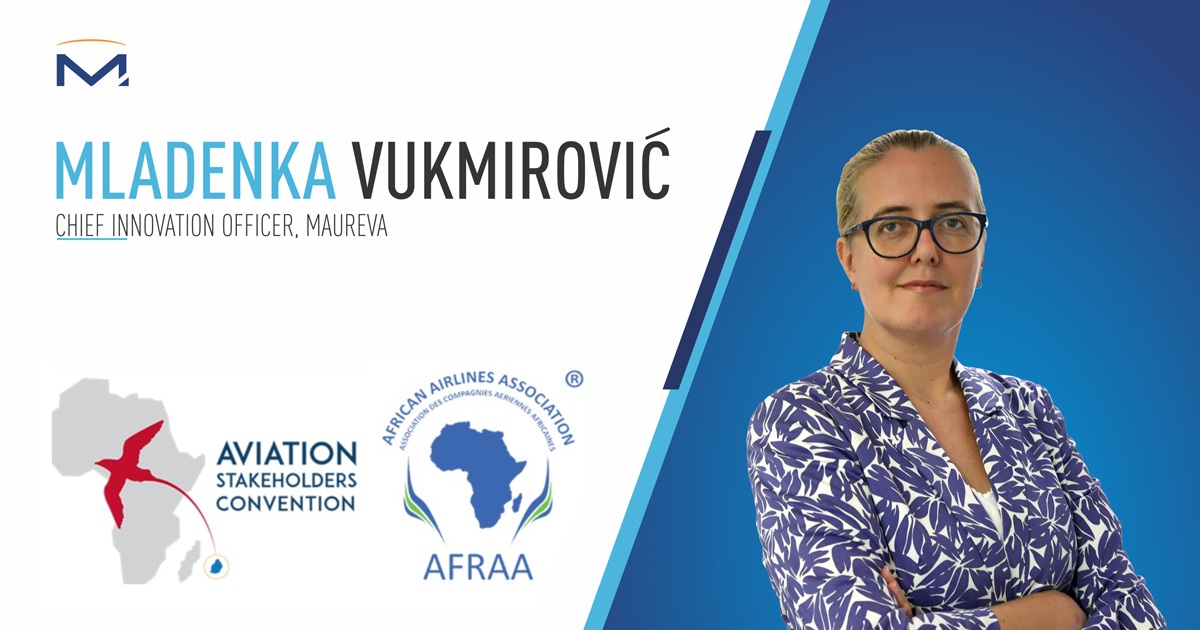 Join our experts on our stand to share thoughts, challenges and learn how we plan to help African carriers, maximize their revenues and strengthen their competitive advantage, in this fast changing technological industry.

The Aviation Stakeholders Convention (ASC) is an initiative of AFRAA to bring together operators and service providers with the view to foster dialogue, build sustainable networks in supply chain management, create a competitive environment for business and improve the aviation business support base in the continent. 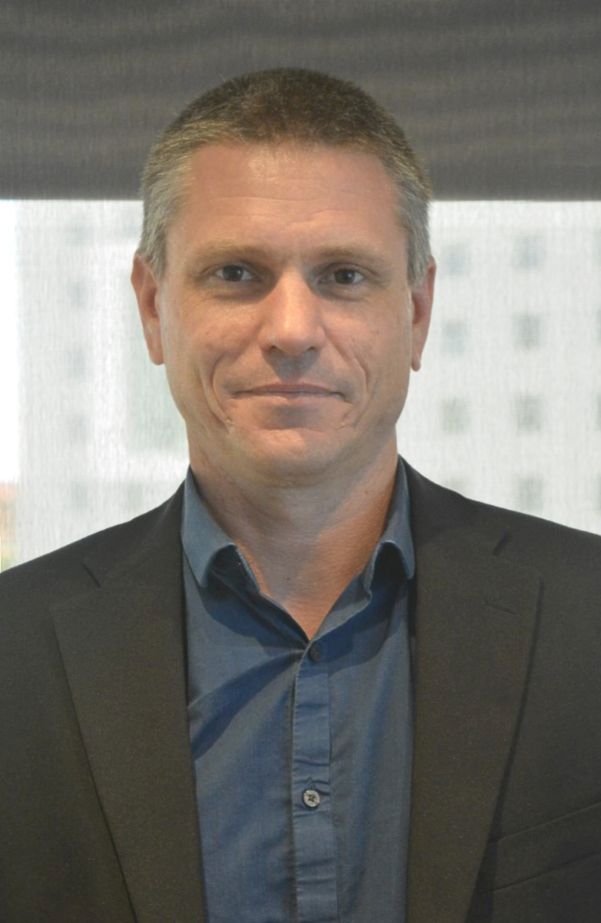 The automated control capabilities and flexibility provided by our ALEXIS solution will enable Air Tanzania operations to improve their efficiency and will enable quick return on investment. We look forward to working closely with our new partner airlines to help them meet their operational goals.

Meet us at the Aviation Festival Asia at the Suntec Convention Centre, Singapore

The event will be attended by Romain Angella – Head of Business Development at Maureva.

Maureva, a specialist software development and service provision company in the air transport sector, continues its global expansion, driven by its business success.

Following the contract signature with the largest South Korean low-cost airline and the addition of new customers to our portfolio, particularly in South Africa, Belgium, Vietnam, Romania, Oman and Japan, it is more than 10 new airlines who opted in 2018 for one of Maureva’s solutions. With now more than 55 airline customers on the 5 continents, Maureva expects a turnover increase of 15 to 20% in 2018.

This year also constitutes a renewal period, with the rebranding of Cirrus, based in Reunion Island, which now bears the trade name ‘Maureva’ and which will be opening new branch offices in Le Portail, Saint-Leu. This initiative is fully in line with its strategy to accommodate its business growth and develop new software solutions.

Maureva is pleased to announce the establishment of a representative office in Seoul in February 2019, chaired by the company’s Head of Business Support, Jennifer Tsang, whose mission will be to assist customers in the region of Asia and to boost Maureva’s business growth in that zone. 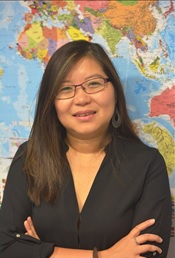 Following a major agreement entered into with the South Korean company Jeju Air, opening a new office in Seoul constitutes a logical continuity that will allow us to effectively address the growing demands of companies in the region and contribute to Maureva’s continued expansion in Asia

Maureva is also proud to announce the opening of its Canadian subsidiary in Montreal scheduled for the first quarter of 2019. Ravi Kuppadu, Deputy Head of Software Development, will be taking on an expanded role to implement this initiative and promote Maureva in that part of the world, together with his wife Manisha, Help Desk Coordinator at Maureva, who will help him in this endeavour.

While Maureva already boasts a network of customers in the Americas, launching a new subsidiary will enable it to achieve a higher level of visibility which will in turn, propel its future expansion in the area. 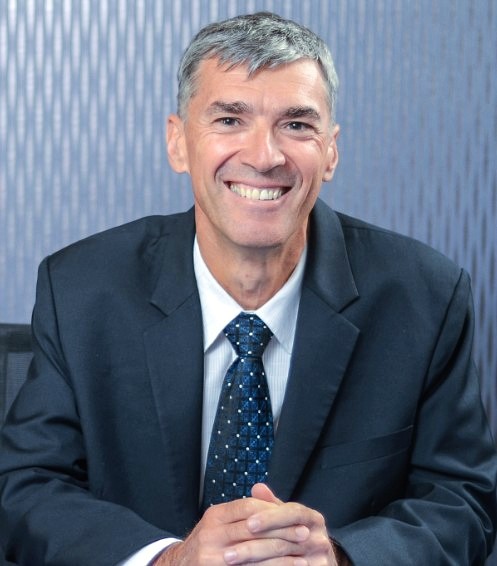 By setting up new subsidiaries, we can now be fully committed to serving and assisting our customers on a 24 hour basis. Besides, the adoption of the Maureva trademark by the entire group emphasises our commitment to enhancing our global image

Comair offers scheduled and non-scheduled airline services within South Africa, sub-Saharan Africa (SSA) and the Indian Ocean Islands. The airline operates under its low-fare airline brand kulula.com, as well as under the British Airways livery, as part of a license agreement.

We selected Maureva solution after a thorough evaluation of several providers in the market. We believe the EDGAR Cloud Solution will enable us to transform our passenger revenue accounting processes, by providing a solution to fully address our business requirements. We are looking forward to a very positive business partnership

Maureva will integrate its EDGAR Cloud solution with Comair’s existing passenger service system (Sabre) to enable the airline to further increase the level of controls and automation within its revenue accounting processes, in accordance with the latest industry standards. Furthermore, the solution will be supported by future-ready technology and a set of features that are being developed in compliance to the carrier’s business requirements. 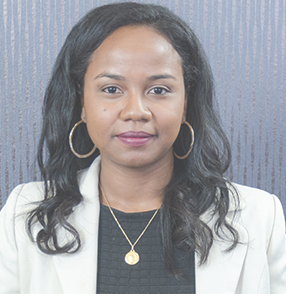 We are delighted to partner with Comair for their passenger revenue accounting requirements. We firmly believe that EDGAR will enable the airline to efficiently identify opportunities to stem revenue leakage, increase profitability and automate complex processes, while providing the necessary insights and the business intelligence required to address their business goals

Meet us face to face

Maureva is a proud sponsor of the upcoming IATA Aviation Industry Retail (AIR) Symposium. Designed around the theme ‘Let’s Build Airline Industry Retailing Together’, this year’s symposium will address in depth the topics of distribution and payment, and the key pillars that bring airlines into retailing.

Meet our team there to discuss and share how together, we can build airline retailing.

We would like to thank all our customer and industry partners for taking the time to visit us during the 5th edition of the IATA World Financial Symposium in Madrid.

We took great pride sponsoring the WFS this year, under the theme of ”Innovate – Accelerate – Deliver”.  The WFS was a great success we believe, with new regulations adopted in a quicker manner, many new particularly interesting subjects covered, increased audience.

At least, it was a success for Maureva, as we see growing interest from the industry and larger carriers towards our people and solutions, as we now serve more than 50 airlines.

It was a pleasure to meet with you, giving our team members again the opportunity to learn from you, share, exchange thoughts and experiences regarding revenue accounting and other topics such as budget management and New Distribution Capability (NDC).

We also thank IATA for the organization of this WFS, which has become a reference event for our industry. Eventually we thank our customers’ representatives who were in Madrid for the great memories we shared together!

Since its establishment in 2005, Jeju Air has been expanding rapidly and is bringing a sustainable innovation to the Korean airline industry. Operating a fleet of 37 Boeing 737-800 aircraft, flying over 20 destinations in Asia – including Japan, China, Taiwan, Philippines, Vietnam, Thailand and Guam – as well as various cities within South Korea, the Korean airline transported up to 12 million passengers in 2017.

We selected Maureva for its growing reputation in the industry, and its pool of revenue accounting experts. We have no doubt that EDGAR combined with Maureva’s dedicated team will provide us the desired scalability to support JEJU Air’s future strategies

At Maureva we not only serve our clients but drive their businesses as their partners, we are delighted to welcome Jeju air in the Maureva family. I am confident that our solution will add value to their business and help them maximise revenues, while we will support them in their growth.

Tsaradia Airline, recently took to the skies and will operate routes across the sprawling island, using a fleet of seven aircraft to serve 10 destinations out of Antananarivo.

Maureva will be present, as sponsor at the 5th IATA World Financial Symposium. Save the date and join us from September 17 to September 20, 2018 in Madrid, Spain.

This year again, we will be happy to exchange with you at our booth, on Maureva’s new product developments and use the opportunity to engage into deeper conversations on the innovative capabilities of our products designed for airlines.

Come and meet our dedicated sales team and experts and get a further insight into our products & services, we will be pleased to answer your questions at any time and would be more than willing to show you how airlines can benefit from the advantages of our products and services.

We use cookies to ensure that we give you the best experience on our website. If you continue to use this site we will assume that you are happy with it.Ok